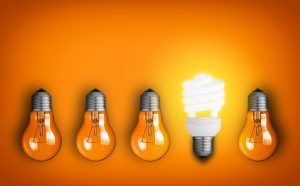 Last week we attended UK Utility Week Live 2018 in the Birmingham NEC. Unsurprisingly the show focussed on the revolution in technology and sustainability that is changing the world.

One of the most interesting observations (not least from Ofgem’s Pamela Taylor) was that there are two types of players developing in the market: the “rule takers”  who just want to understand the market rules and follow them; and the “rule breakers” who see the opportunity for developing and competing with new products and services. In the latter camp there are business models built around:

Will the Rule Takers survive?

It was interesting to reflect on these 2 types of players as we talked to people at the show.  Among the “rule takers” we met energy advisors who were not really thinking about what the changes in the market might mean for their businesses. One fellow consultant told us that much of what he’d heard was “pie in the sky”. But we also met “rule breakers” passionately driving for change in the way we generate, distribute,  retail and use energy. We met entrepreneurs deeply frustrated by the lack of flexibility  (as their saw it) of DNOs in providing flexible and timely connection agreements for battery installations. We heard from electricity suppliers breaking the mould of the traditional utility. We talked to the folks from Salford University who have built a research unit to serve the rapidly changing energy needs of industry. And we were impressed by the passion of people like Paul Simpson of the global disclosure agency CDP pressing for policy change by governments and businesses.

Our view, and the reason we set up Distributed Energy Futures, is that the change is unavoidable and already happening.  That change is going to become more intense and businesses which don’t become rule breakers will soon be as much a memory as the Central Electricity Generating Board!

A place in the sun?

Behaviours in times of uncertainty

We are driven to deliver results for your business

Please fill in the fields to the right or mail info@distributed-energy.eu for more information.